Seriously, Kirk Cameron and Meg Ryan? And these two are not related? According to media?

We wrote about it before. Some celebrities look so much alike, one would almost think they are the same person. Meg Ryan and Kirk Cameron is an example. They look very similar. Right a photo of Meg Ryan in the 1980s.

Almost the same person. But that is not possible, as it would mean everyone in media is simply fake. Since if they would be the same person, all their colleagues, friends, so-called families, make-up artists, hair dressers, casting directors, cameramen, and paparazi (etc. etc.) would know. And the same is true if they would secretly be family, like siblings. Yet, the resemblance is amazing, especially the last two pictures, with a younger Meg Ryan. 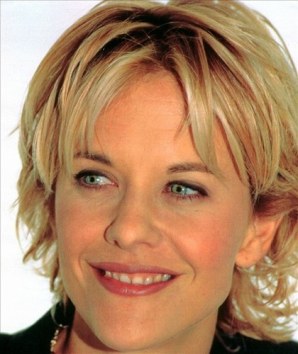 Even the teeth look similar. And these are typical teeth.

Of course, Meg Ryan is now skinnier and Kirk Cameron did some fitness workout. But besides that, and besides the colour of their hair, and the make-up: the rest is very similar. The lips, the eyes, the smile, the teeth, the eyebrows. Similar.

Maud Oortwijn had been a target of organized gang stalking for many years. We believe this must stop, for her and for everyone else facing it.
View all posts by MOL →
This entry was posted in Doppelgangers, Maatschappij, Media and tagged Growing Pains, Katz, Kirk Cameron, Meg Ryan, Mike Seaver, Top gun. Bookmark the permalink.

23 Responses to Seriously, Kirk Cameron and Meg Ryan? And these two are not related? According to media?