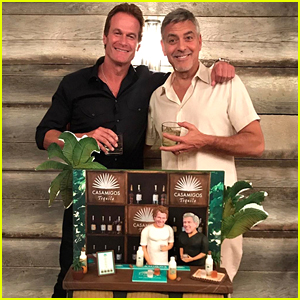 to have organized a birthday party in the UK, for both George Clooney and Rande Gerber. Cindy Crawford (CC) was present as well.

Amal had a birthday cake made, with George and Rande together in their Casamigos bar, drinking their tequila. On the bar we see the ingredients for some sort of “Tequila Sunrise” drink. The drink that got worldfamous through the Rolling Stones tour and the Eagles song.

Notice how the colours of the shirts are black and white, with the other way around on the cake and in “the real” George and Rande. That’s a pattern we have seen before (link). Lady Diana and politician Els Borst both wore similar outfits just before their death, with the colours black-white switching. Perhaps this is a reference to the chess pattern. We don’t know the message for insiders. Of course, women can be convinced by others to wear a specific outfit, but twice in a row? That’s not likely. Are George and Rande prepairing themselves for an accident?

Below picture is taken on the same occasion. Amal is said to have taken the picture. She wanted to take a picture of Rande Gerben and Cindy Crawford, but George Clooney decided to do a photobomb (a jump before the camera). 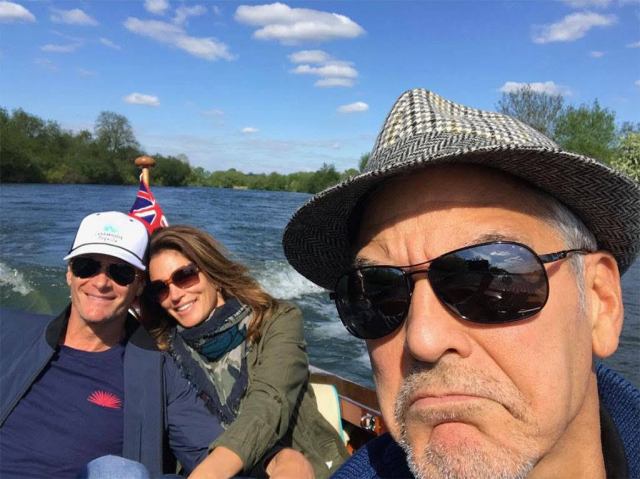 Cindy Crawford put this picture on twitter/instagram. It was supposedely taken by Amal Alamuddin, while in a boat on the river Thames near Sonning. In fact, we seem to see a hint of Amal in de shades of George. This picture was taken on a day, about one month before Amal is supposed to be giving birth to twins. How about that?

By the way, this was the second photobomb in the news for George in a week time. He was also reported to have done a “photobomb” on the Omega party on April 26 in London, according to Hellomagazine. Here we see George behind Ella Goulding. 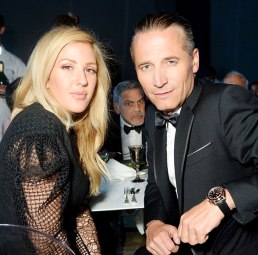 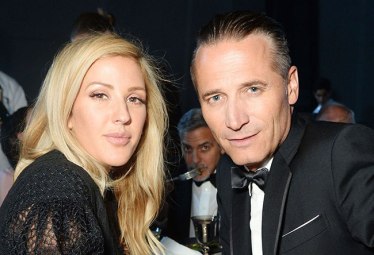 To the right of Ella and George, CEO of Omega Raynald Aeschlimann.

pps. The word “bomb” originates from the Greek word βόμβος (bombos), an whoch means “booming or buzzing”, referring to the sound of “boooom!!”. The word Photobomb is thus an odd word, as light does not make a sound.

Maud Oortwijn had been a target of organized gang stalking for many years. We believe this must stop, for her and for everyone else facing it.
View all posts by MOL →
This entry was posted in English language, international, Maatschappij, Media and tagged 26 april, cake, George Clooney, May 6, Omega, photobomb, Rande Gerber. Bookmark the permalink.