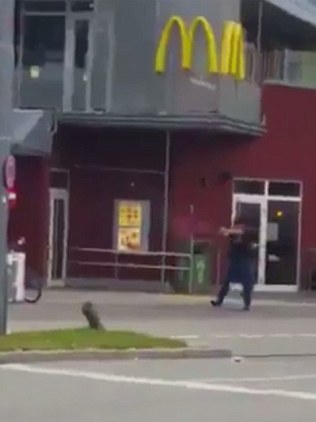 I am almost too tired to analyze all the details again, before having an opinion.

All these signs suggest it is a hoax attack. Why? Well, they already militarized the streets of Munich in this weekend. That’s what they want. More government officials with guns. No citizens with guns. 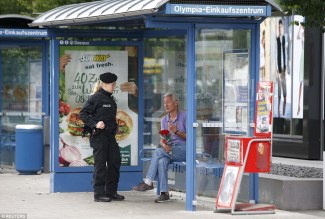 The colours red, black, white and blue refer to the grades of the Freemasons. The police, roses and subways are important symbols as well.

ps. The Bavaria Illuminati were founded on May 1 1776 in Bavaria. The Illuminati together with the Freemasons and other secret societies, were outlawed the Bavarian ruler and the Catholic Church in the last decades of the 18th century. Immediately it was claimed, they continued underground.

Maud Oortwijn had been a target of organized gang stalking for many years. We believe this must stop, for her and for everyone else facing it.
View all posts by MOL →
This entry was posted in aanslag, English language, hoax, international, Schengen, Vrijmetselaars and tagged 1972, 2016, English, hoax, Illuminati, Israël, McDonalds, Munchen, Munich, Olympische Spelen, Rood, wit, zwart. Bookmark the permalink.