Whatever the true story is, it is sad for both the citizens of Russia and Boris Nemtsov. Even though I have not been able to study this case locally (like I was able to do with my own case and with the case of Fred de Brouwer), I am under the impression this concerns a state supported false flag assasination, perhaps even with no-one really dying. Below you will find my initial thoughts on the subject. These are shocking. I recommend further study, especially conducted by citizens of Russia, as they are able to validate details locally. 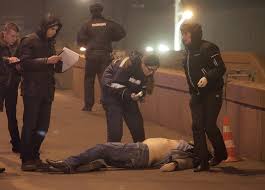 Whatever the true story is, it is sad for both the citizens of Russia and Boris Nemtsov. No matter what is going on here, it is deeply troubling for all involved. That alone is reason for me not to express any conclusions. Moreover, I can not be 100% sure without analyzing the conditions locally. But I do hope some citizens from Moscow find the courage to open-up this case.

Who has access to the proper resources to do all this? Then again, that is likely not the party who ordered it. The unique resources applied are visible to the people, so it happened exactly this way perhaps to create a certain turmoilt.

Maud Oortwijn had been a target of organized gang stalking for many years. We believe this must stop, for her and for everyone else facing it.
View all posts by MOL →
This entry was posted in international, Maatschappij, Media and tagged assasination, Boris Nemtsov, false flag, hoax, moscow, video. Bookmark the permalink.