On the morning of 1 May 1999, a young girl called Marianne Vaatstra was found dead in a grassland, brutally raped and murdered. The night before she had gone out in a nearby village with her boyfriend and some friends to celebrate the festival of Queens Day. This year, some-one has been convicted for the murder, after years of investigation. According to many citizens the man convicted can not be the murderer, as the police seems to have covered-up the murder from day one. Many say the police ignored evidence. The convicted man, a farmer called Jasper (who lives nearby the grassland where she was found) is said to have confessed to committing the murder after days of interrogation by the police. After a decade of speculations by civilian investigators, his confession was no reason to celebrate for the ‘civilian investigators’. 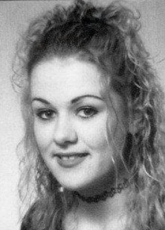 It is unlikely suspect Jasper actually committed the murder. Though the Ministry of Justice claims they have found a 100% DNA match, there is a lot of evidence that would suggest the story of Jasper ‘does not add up’. What is most remarkable, is that Jasper’s lawyer mr. Vlug is not doing anything to improve the position of his client, despite all the material available to him. Several law firms have spoken out in the media, to express their concern about how lawyer Vlug was handling the case. Even if Jasper is guilty, the lawyer’s approach was certainly not helping Jasper to a fair trial.

The evidence gathered by civilians supports a different theory: 1) Marianne never cycled home alone along the grassland where she was found; 2) the scene in the grassland suggests she was murdered somewhere else; 3) numerous eye witnesses support the scenario in which Marianne was abducted by car in the centre of Kollum (small village) by a group of at least 4 men who’s identities are known. These men already had a reputation of being involved in the sexual abuse of women in political asylum centers, activities apparently tolerated by the Ministry of Justice.

What is so special about this case? It seems the cover-up 1) started in the night she was murdered, 2) would require the involvement of several departments of the Ministry of Justice  3) and continues until today. 4) The lawyer defending the main suspect Jasper, has been in the news a lot and mainly gives statements that are harmful to his so-called client Jasper. 5) Up to today, the mainstream press is just printing the state press releases on this case, without asking too many difficult questions. Thus, somehow all powers in our society that are supposed to be balanced (according to the Trias Politica), simply do not do what the public would expect them to do to maintain a just society. The only question that still needs answering is: Who are powerful enough to coordinate all these activities of both the police, the Ministry of Justice, the mainstream press and Dutch law firms?

Maud Oortwijn had been a target of organized gang stalking for many years. We believe this must stop, for her and for everyone else facing it.
View all posts by MOL →
Video | This entry was posted in Justitie, Koningshuis, Media, Waarheidscommissie and tagged Bauke, complot, dagboek, De wereld draait door, DWDD, friso, Maaike, marianne, moeder, Peter r. de Vries, vaatstra, Wim Dankbaar. Bookmark the permalink.